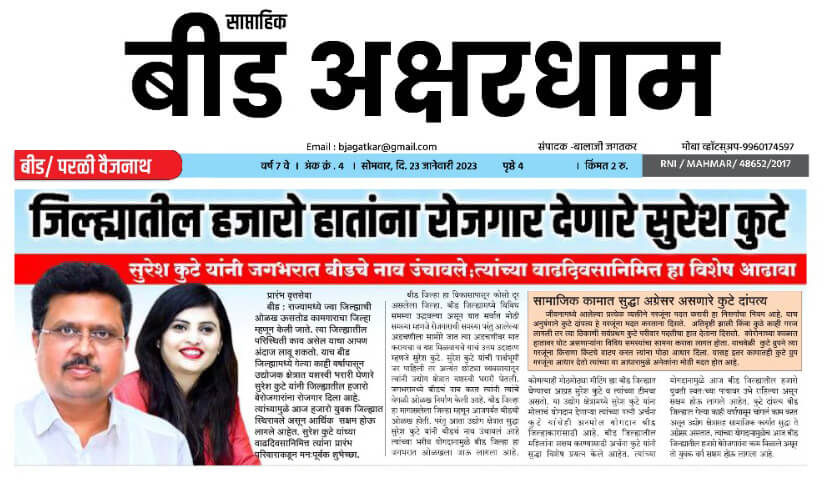 Respected Mr. Suresh Kute (CMD-The Kute Group), who built a prosperous empire out of Beed, was featured in an article by the leading Weekly Beed Akshardham. Over the past years, he has expanded his company and provided employment opportunities to thousands of people in Beed and its nearby areas.
Likewise, respected Mrs. Archana Suresh Kute’s (MD) contribution to The Kute Group’s success cannot be overstated. Together, they built a thriving empire that is now turning into a worldwide renowned brand!